Pictures by Brian Vogt, Ern Broughton and Jeff Ferry.  Story by Ern.
In late 1998 the Hillman Car Club decided to hold an Economy Run, over a distance of about 100 miles, as a variation to our usual Sunday outings.  Because I was, and still am, the only person in the club able to count to ten unaided I was made the Run Director.  This meant that I had to man the Run Control Centre (a bench in a park in the Adelaide Hills), check the cars out and in and calculate the mpg each vehicle returned.
On that day, rather than see our 1962 Hillman Minx IIIC Australian DeLuxe sit there idle, I gave it to my young brother Roy to take on the run.  He enjoyed the drive so much that he went a lot further than he was supposed to, and came back, eventually, thoroughly hooked on classic motoring and all fired up to find a suitable car.

The search ended with Roy finding a 1964 Humber Vogue Series II Sedan and buying it on 8 February 1999, becoming the cars third owner.  The car, a 1600cc column shift auto with the Borg-Warner 35 box, had an odometer reading of 89,099 miles, was very good inside and out but the engine was tired and in need of a heart/lung transplant.
With the car came all the paperwork that had accumulated over its 35 year history.  The papers showed that the car was purchased new from Commercial Motor Vehicles, the Rootes Group dealers, of Franklin Street, Adelaide on 21 September 1964 by a lady from Tusmore, a suburb to the east of Adelaide.  The second owner, another lady, bought the car in 1987 when it had an odometer reading of 49,500 miles.  The car has been regularly serviced, and possibly over-serviced, judging by some of the details shown on the service dockets.  For instance, 12 sets of plugs and points were replaced, or, perhaps more accurately, were charged for, over a distance of 40,000 miles.  The dockets also regularly show a charge for front suspension greased.  There are no grease nipples on the front suspension.

Roy had the engine completely rebuilt, and modified to run on unleaded petrol, and while the engine was out of the car the garage fitted a new torque converter to the transmission.  Roy did numerous other small repairs and replacements and fully sorted the Vogue out until it was a delight to drive.  He used the car often, including interstate trips, but late last year (2002) decided that it had to go because he wanted to concentrate on golf and lawn bowls.

Elva and I took the car on the Hillman Car Club run the day after Christmas Day, were suitably impressed and bought it.  This meant that our Minx, a really nice car that had served us well, was no longer required.  A quiet whisper in Brian Vogts ear (PsstWanna buy a Minx) was all that was needed to sell it to him.  Elva and I were so confident that Brian will have a trouble free run with the Minx we gave him an unconditional guarantee, which lasted until he had backed the car out of our drive onto the roadway.

The Humber has the 1592cc iron head motor, and one of the previous owners had the generator replaced with an alternator.  The Borg-Warner 35 three speed auto gearbox performs faultlessly, giving rapid and smooth changes with normal motoring, but the gear ratios leave a bit to be desired on steep uphill grades.  Left to its own devices, the car holds on to top gear until the engine is labouring at less than 20mph before it changes down, at which point it changes direct to bottom gear with resultant high engine revs.  I find it preferable to either floor the accelerator and kick down the gears before most headway is lost, or manually change back to second gear earlier in the sequence.  Interestingly, according to the Drivers Handbook, the gearbox fluid never needs changing (topping up whenever necessary is all thats required) and there are no periodic adjustments at all to be made.
Fuel economy is acceptable; over the 472 miles that we have done so far we have averaged 27.8 miles per imperial gallon (23.15 miles per US gallon). 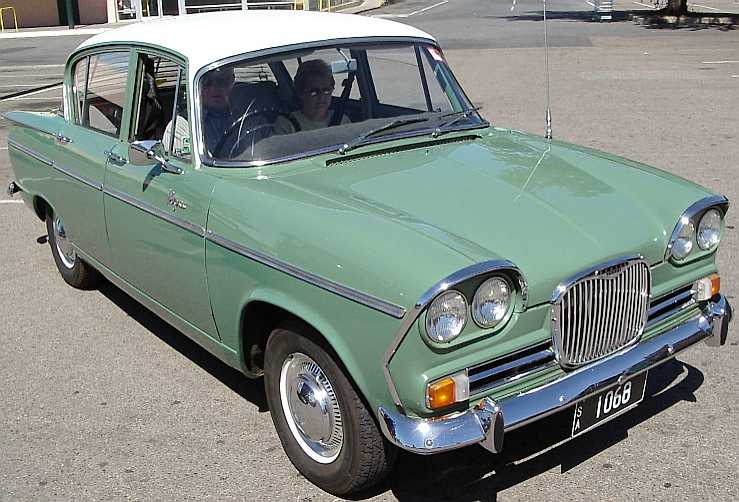 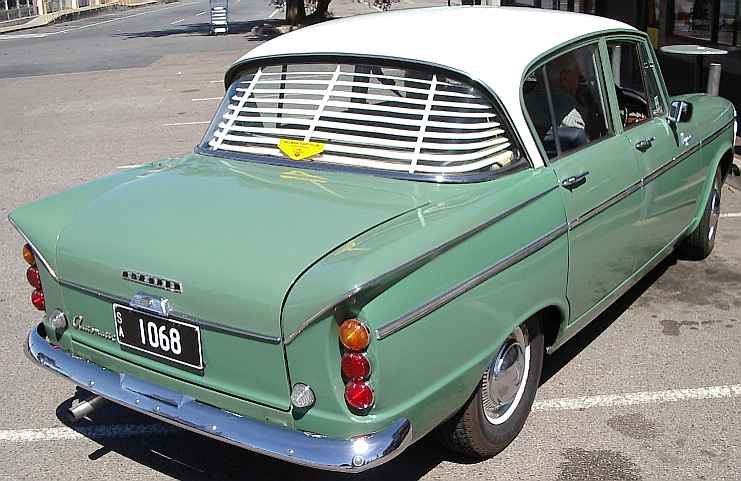 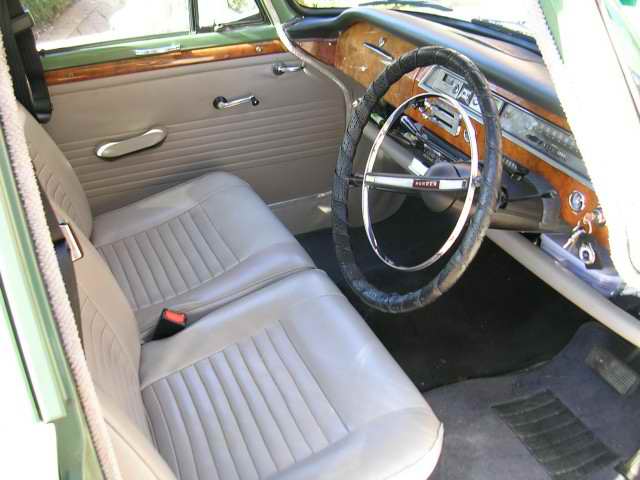 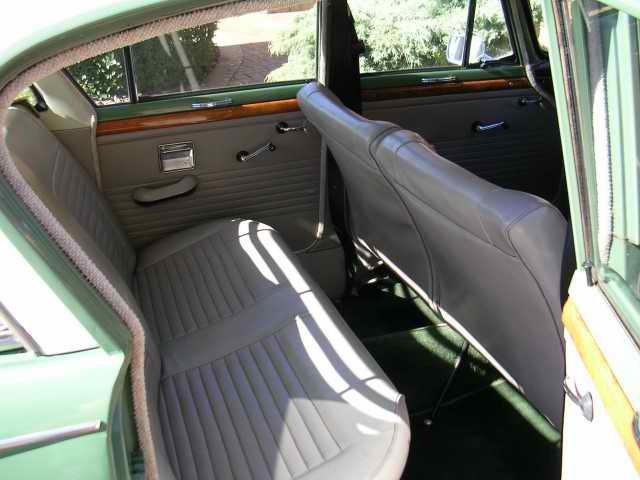 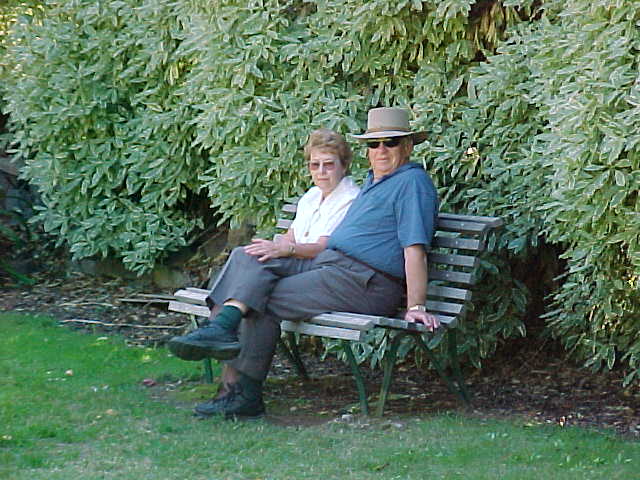