Back in 1999 I was looking at participating into some type of motor sport be it Historic or club level racing.  So with a copy of the latest CAMS rules book I set off and made some enquiries, talking to other drivers at Mallala to find out the cost and expertise in setting up a car.  Having no background in motor racing like many, where its passed on through their fathers, and 3 years of Go-kart racing in the early 90s, it was decided to be too difficult, even though I have worked in the vehicle manufacturing industry for 18 years.

With a copy of the weekly Trading Post in hand I spotted a Hillman Hunter GT in the wrecking section and organised an inspection with the owner.  Our families drove Hillmans from the early Minx's to Hunters so I was familiar with the different models.  The car was involved in an accident and not repairable but otherwise complete and original and I paid $50 to take it away.  Once home and with the persuasion of a Ford F100, we pushed the car up my 45 degree driveway.  Behind the gates I stripped the car of all its parts and stored them away for future use.

Not long after this, through word of mouth I found an original 1971 Hunter which had been owned by the same family for over 20 years at Elizabeth Vale.  In running condition, the car was owned by the eldest daughter who had learnt to drive in it and had upgraded to a new Hyundai Excel.  The car had been well maintained because it was used as her daily transport to work at Eagle On The Hill Hotel.  One hundred dollars was exchanged and I headed off down Main North road.

Now the fun begins because my goal is to restore the Hunter and at the same time fit the GT accessories.  The body had been resprayed in stark white enamel paint to freshen up its appearance and rust had made its home in the rear quarter sills, which is common on Hunters.  Three of the doors were irrepairable so new doors were sourced from the clubs spares for replacement.  I took on the job of sanding back the whole car, taking off the enamel paint right down to the factory primer using an orbital sander, and applied a new coat of Alpine White duco leaving the engine bay as original.  A new laminated windscreen, windscreen rubbers and weather seals were located interstate and delivered within a couple of days and installed by Windscreens OBrien.  The GT dash was repaired using marine grade plywood and black bean timber laminate to resurface the facia, then rewired and installed. All of the GT's black interior upholstery was fitted along with some new moulded floor carpet to finish it off.  The original steering wheel was cracked and weathered so a sports steering wheel was purchased and made to fit  with a little bit of machining.  I liked the look of the Rostyle wheels which suits the car for that period look and had them sand blasted and repainted using engine enamel for a tough long lasting finish.

A trip to Bendigo was planned with the family to visit the annual Swap Meet.  I was told there were plenty of parts etc. to look at, and perhaps something to put on the Hunter!  We arrived at the meet around 10am and we couldnt believe our eyes.  It was huge.  There were car parts everywhere you looked.  Well, after walking around for 4 hours and looking in countless small boxes I started making my way to the exit, when I came across two gentlemen sitting behind a card table underneath a shade tent.  Sitting on top of the table were Holbay engine accessories, a rocker cover, Weber carbies etc.  I couldnt believe my luck.  I introduced myself and they both said they were from Adelaide and that they had more Holbay parts back at home.  We negotiated on a fair price for everything he said he had and the following weekend I picked up all the parts.

The engine was fully reconditioned with the Holbay accessories and balanced as it had seen better days, and the bell housing was replaced because it had a hole in it the size of your hand.  Obviously at some time the clutch assembly disintegrated out through the clutch release lever access hole.  The gearbox was satisfactory, and a new clutch was installed.  Most of the suspension rubbers were either perished or totally worn and were replaced with Urethane and Teflon made by myself.  This made the front-end a lot stiffer and the steering more precise.  I drove the car up onto car ramps to inspect the underside and couldnt believe the amount of mud that was covering everything.  I wire brushed most of the underbody of its accumulated road grime, enough to fill a plastic bucket and sealed it off with a spray-on underbody sealer.  The car was now ready for its first run, a quick trip around my local suburb had the engine up to temperature and everything sounded, as it should.  It felt like a different car with all the improvements and the performance of the new motor was impressive.  All the effort was worth it and now I can use the car on club runs and on sunny weekends. 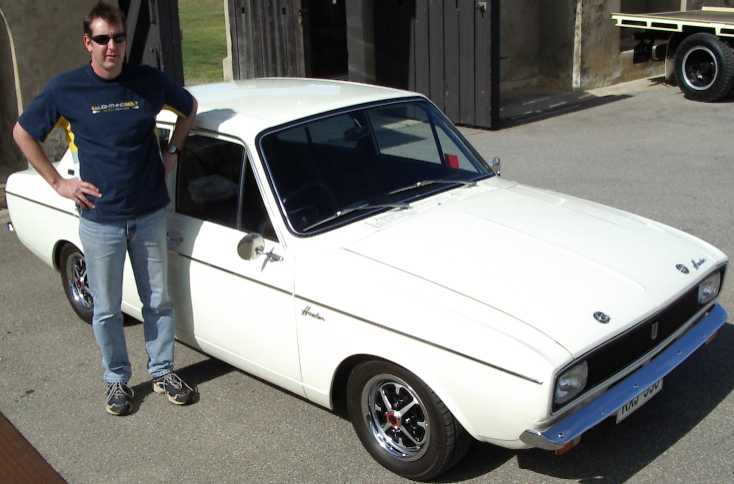 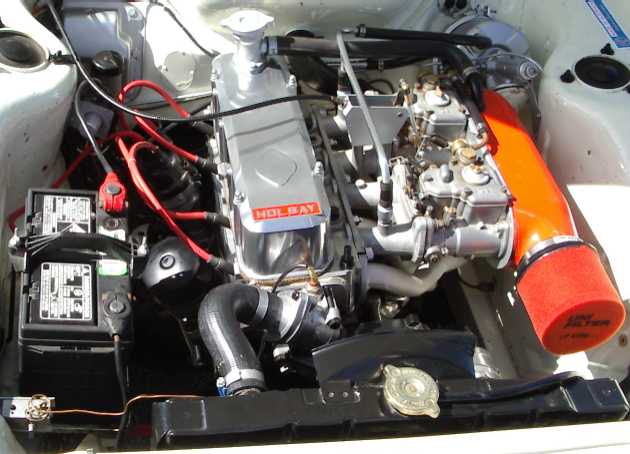 October 2018 update:
Jesse Hamer advised via email that he is the current owner of the car, having purchased it from a friend of Scott and had it transported over to Perth.  Currently doing some rust repair there. 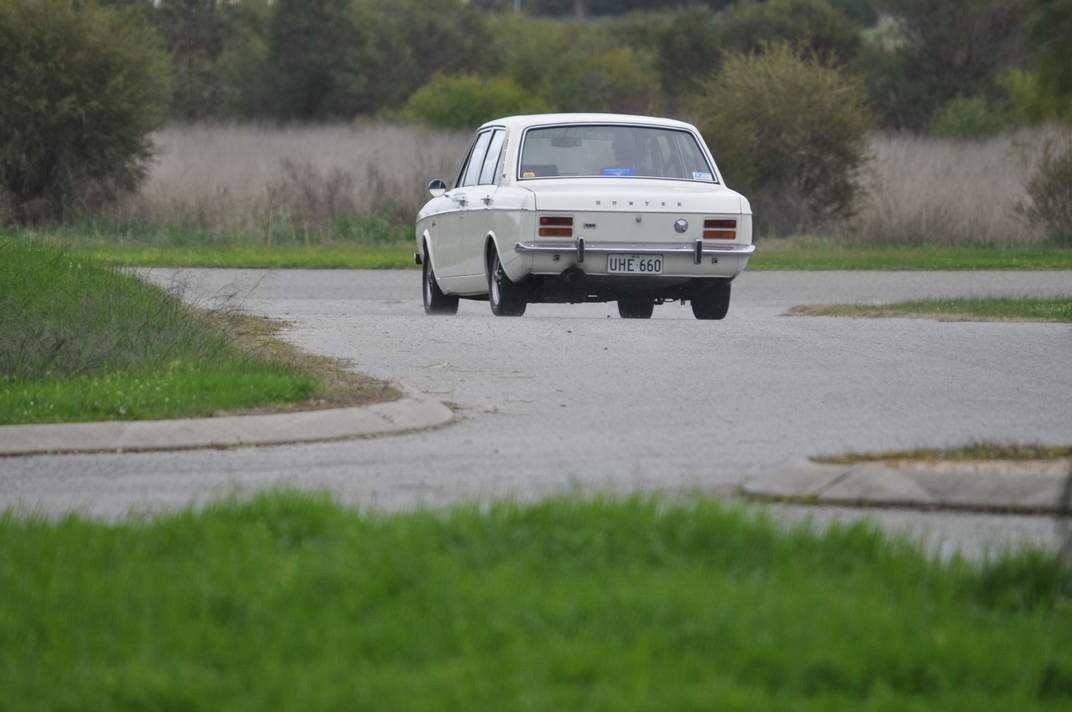 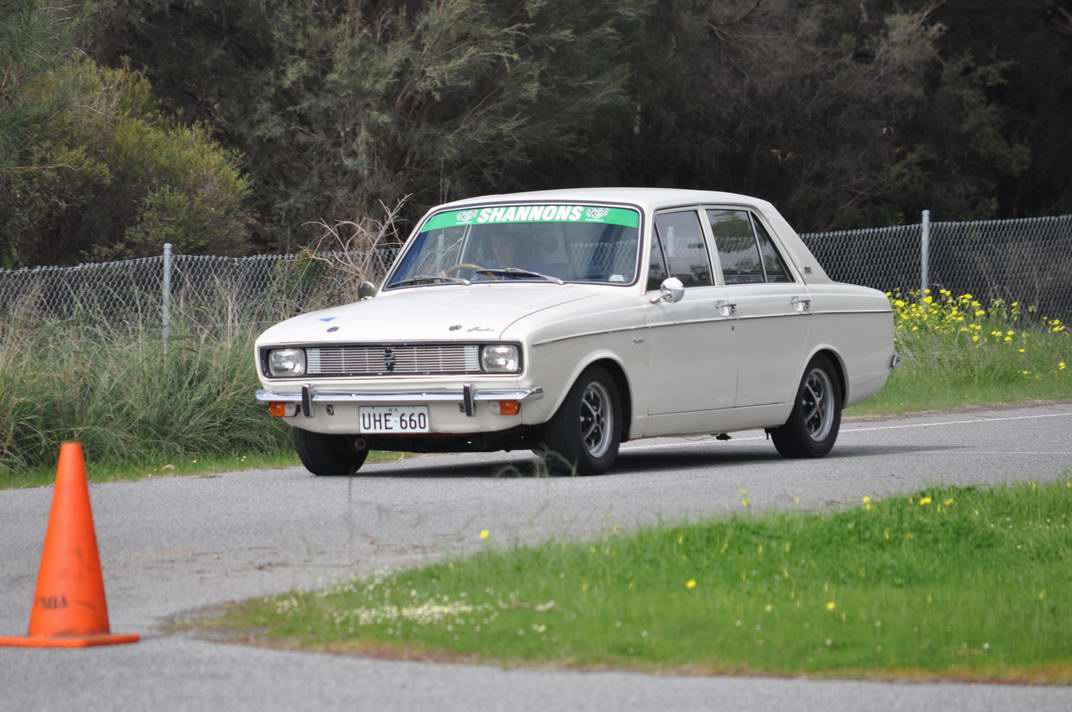 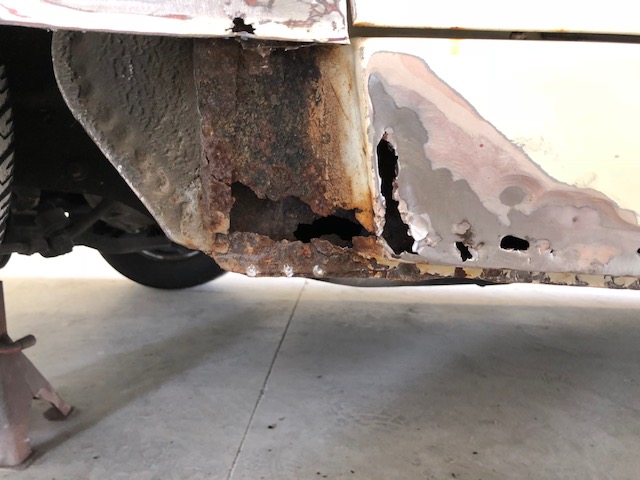 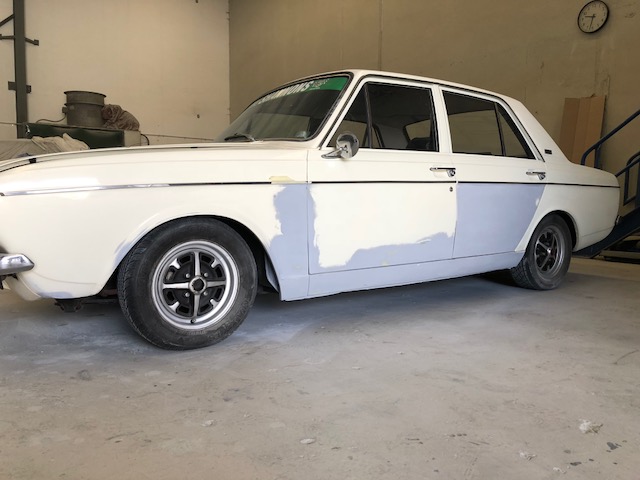