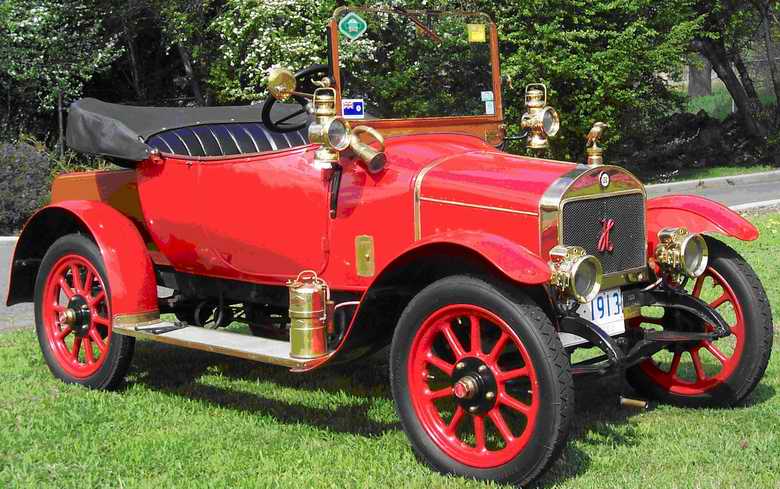 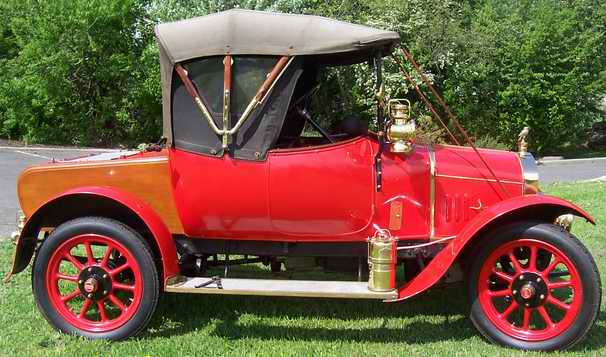 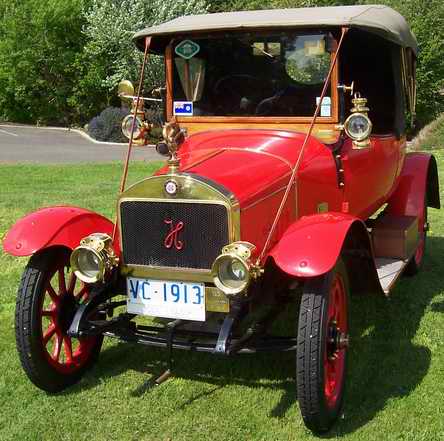 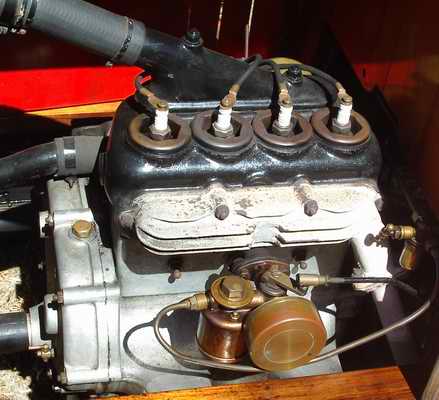 This car is the oldest known Hillman car registered in Australia.  The first owner was Norman Colliver (1870-1958) of Shepparton, Victoria.  Mr. Colliver was a photographer, well known in the district, where he used the car regularly.  In the late 1920s an axle key broke and the car was pushed into a shed, where it remained until the mid 1950s.  The shed was to be demolished to make way for a new Civic Centre and the car was purchased by Alec Ludeman, well known veteran car enthusiast.  Alec tidied the car up and rallied it regularly until 1965.
It was then bought by another car enthusiast Allan Bathurst of Glen Waverley, Melbourne.  Allan completely restored the car to new condition, with Bob Kay retrimming the interior.  Allan rallied the car in all the eastern states.

In November 1986 it was purchased by Peter & Pauline Ford of Launceston Tasmania.  Again the car has been rallied regularly in Tasmania, as well as having attended :

The car has always been driven to these rallies with complete reliability.
Below: Pauline and Peter beside the car at Rootes Enthusiasts Display
(RED) Day at Carrick Hill, 25 March 2007 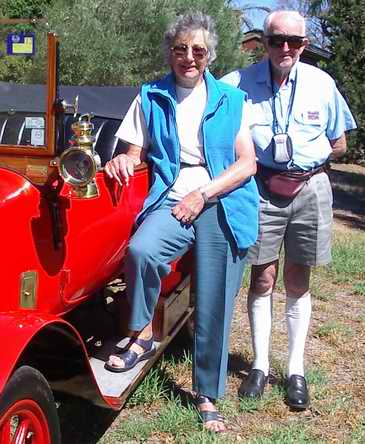 IN THE CONTEXT OF HILLMAN COMPANY HISTORY

William Hillman and his son-in-law Louis Coatalen built the first Hillman Motor Car in Coventry, for participation in the 1907 T. T. race.  When Coatalen left the Hillman Co. in 1909, the company concentrated on producing small well-built reliable vehicles such as the 8.9, 10 and 11 horsepower models.

In 1926 five years after Hillmans death the 14 horsepower model was procuced under the watchful eyes of his sons-in-law Capt. Black and Spencer Wilkes.  The success of this car led to the takeover by the Rootes Group in 1930 and the subsequent production of the Hillman Minx in 1932.

The Minx became the most popular model they produced lasting for the next 40 years. While other larger 4 and 6 cyclinder models were produced over the years and the Imp in 1963, the demise of the Hillman name came in 1976.

Radiator Badges:  The first enamel badge was circular with the words Hillman Coventry around the perimeter and the letters HC in the centre.  In the 1920s before the introduction of the Minx, the well known Wings was introduced incorporating the 3 Spires of Coventry and just the word HILLMAN. 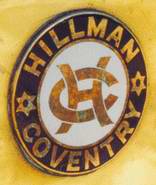 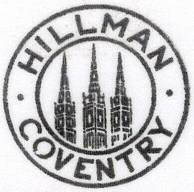