In 1994 I came across a 1959 Hillman Husky commercial thanks to a tip off from Laurie Stewart in Sydney.  The vehicle was in Northcote (Melbourne) and belonged to a little old lady who had purchased it new in November 1959.  She purchased a commercial Husky because it was several pounds cheaper to buy and was cheaper to register  this being brought about by the fact that the vehicle did not have a back seat.  Other differences between a domestic Husky and a commercial Husky were simple  the commercial Husky had an anodised aluminium grille and no oil filter.  You changed the oil every 1000 miles.  The domestic Husky had a chrome steel grille and surround, an oil filter and a rear fold down seat.  Once Miss Fry had registered the Husk she went back to the dealer and had a rear seat fitted, notified the rego branch of the changes to a four seater and saved herself about 30 pounds all up over buying a domestic Husk.

At my time of purchase, Husk was very original with 63,000 miles on the clock.  The usual rust was in the bottom of the front guards, the paint was faded, and the rubber mats worn out.  I have rectified the rust, repaired the numerous parking dents and repainted the green sections.  New carpets were fitted along with a rear boot mat.  The original diff ratio was 4.78; this was changed to a 4.22 and fitted with overdrive.  This has made the car a much better highway performer as we can now sit on 60mph without the valves hitting the bonnet.  For convenience, the O/D switch has been mounted on the gear stick.  This way as you change gear, the O/D can be engaged or disengaged as you change gear.  Other changes were the addition of an ammeter, oil pressure gauge, temperature gauge and tow bar.

Since purchasing the Husk we have added 20,000 miles  most of these have been during holidays as we have found the Husk to be an extremely versatile and practicable vehicle for touring.  Carrying 2 adults, luggage and electric ESKY (refrigerator) she still returns around 33 mpg (27.5 miles per US gallon).  The other thing is that the Husk always attracts attention as you cruise along.  Someones Uncle or Auntie had one. 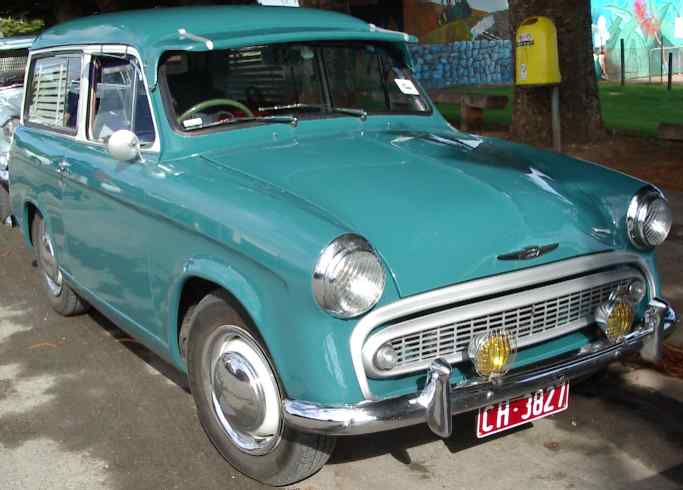 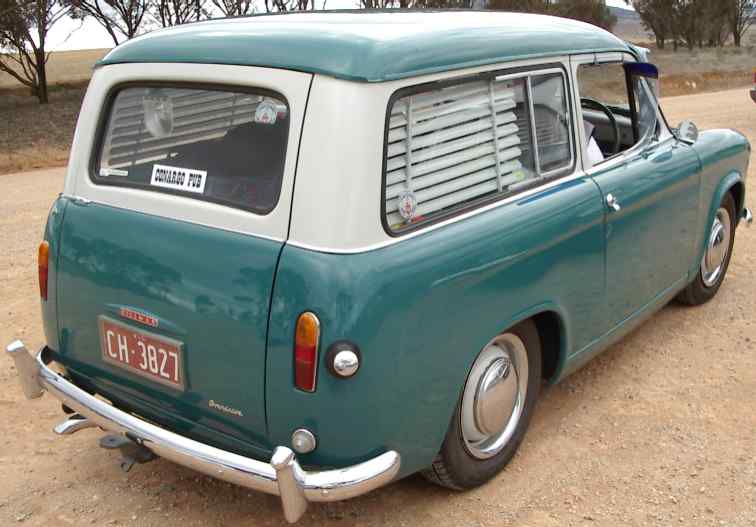 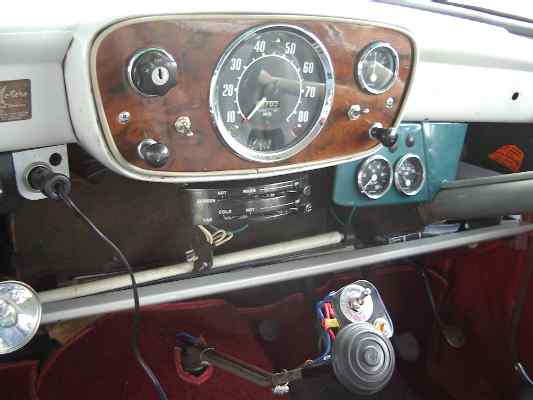 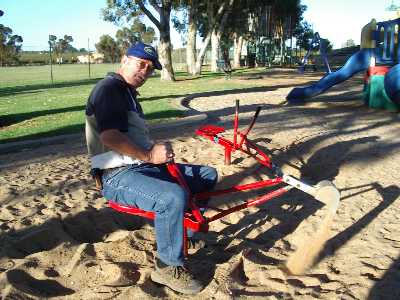