Mariano says that the car has been in his family since 1941.  He requests information about "Wiring Diagrams, Rear Photos, Engine Information (carburetor cycleurs parameters), electrical spare parts (for example the Startix Automatic Switch), etc."  He would very much like to contact another Hillman Twenty-70 owner, anywhere in the world.
You can e-mail him at mbianchi@integratech.com.ar

The first picture is at AutoClasica 2000, the International FIVA Expo organized by Club de Automoviles Clasicos in Argentina 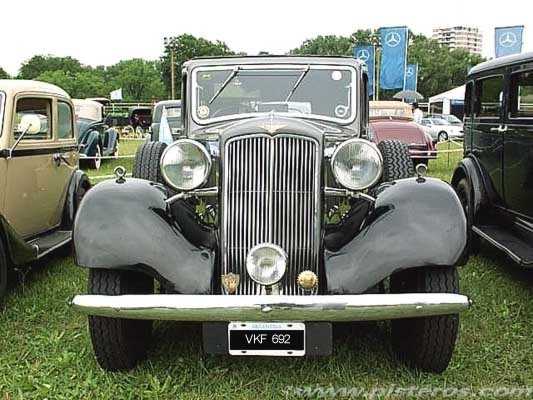 The second picture picture is at the Vintage Maraton.  The sight of mud on such a nice car made me flinch, but Mariano assured me that it wasn't as bad as it looks. 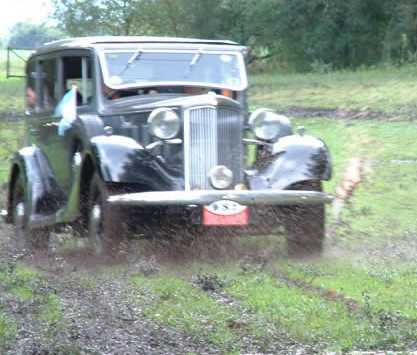 Another angle of this model can be seen in David Watson's 1935 Hillman catalog (secondary window).

I send additional photos of my car in one of the Classic Cars rally (FIVA cars).
Rally de los Lagos & 500 Km de las Sierras (Rally of the Lakes & 500 km of the Mountains) in our state Cordoba. 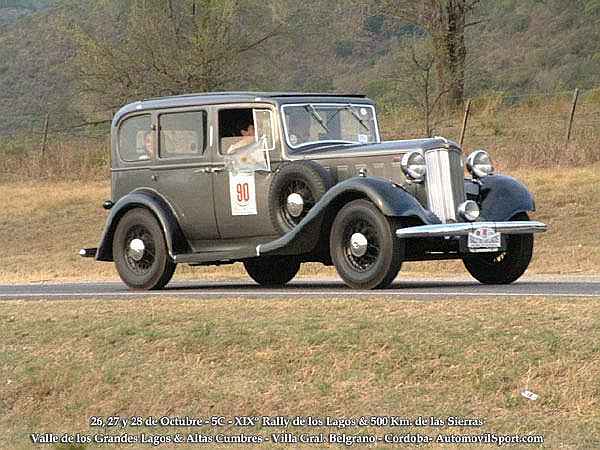 The rally is a competition for Classic cars organized by the Club 5C of the City of Cordoba (State of Argentina) that is governed by the F.I.V.A. (Federation Internationale des Vehicules Anciens) norms, in the last weekend of September (Friday 26th, Saturday 27th and Sunday 28th).

The rally began with the first stage at 7 pm in a route circuit of approximately 100 km (65 miles) with 110 cars from a Stodart Dayton (1911) to Ferrari Modena (2002).  The first stage finished at 10 pm in the same city that begin, Villa General Belgrano.

Please visit www.elsitiodelavilla.com/municipio/ (select International Info) or go directly to
www.elsitiodelavilla.com/municipio/turismo/index.htm#english .
Villa General Belgrano is a small town characterised by its Central European style, reflected in the architecture, customs, cuisine and festivities. This European influence dates back to 1932 when two people of German descent bought the place, originally called "El Sauce" (The Willow), with a view to founding a settlement for their compatriots.

The second stage of the Rally began at 10 am on Saturday morning, crossing the following cities Santa Rosa, Embalse Rio Tercero, San Agustin, and the owners made a stop to have lunch in the Air Flying Club of Alta Gracia City.
After lunch the rally continued until the locality of Mina Clavero crossing the zone of the Mountains of the Comechingones, with the cars arrive until 7800 feet (2400 metres) of height.
When returning to Villa General Belgrano the crews could enjoy the beautiful views of the lakes: Molinos y Rio Tercero.  At night the dinner of the prizes of the route competition with a special guest Jose Froilan Gonzalez, the first winner of a race of Formula 1 with Ferrari in Silverstone in 14th July of 1951 with Ferrari 375. (Please visit www.grandprixstats.com/en/drivers/details.php?d=288).

At Sunday morning the Rally finish with a special test, the Gymkhana.
My dear Hillman Twenty-70 work like a new car in spite of the effort. 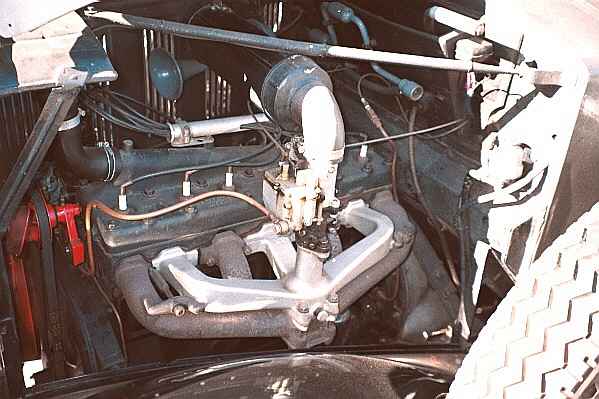 Left side of the engine bay 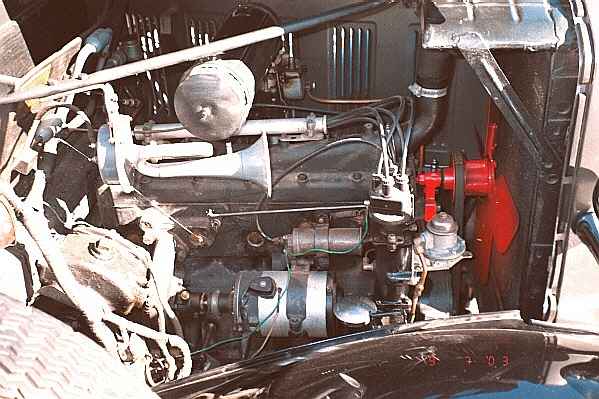 Right side of the engine bay 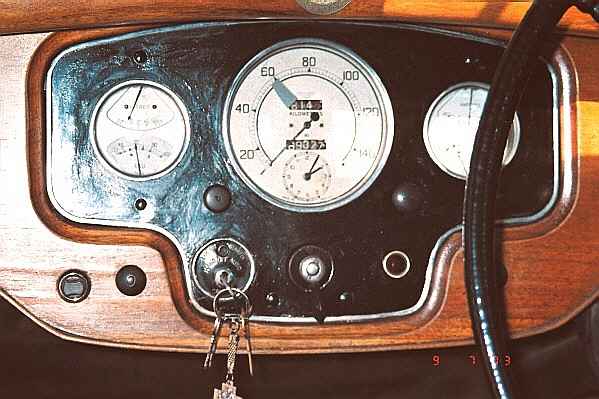 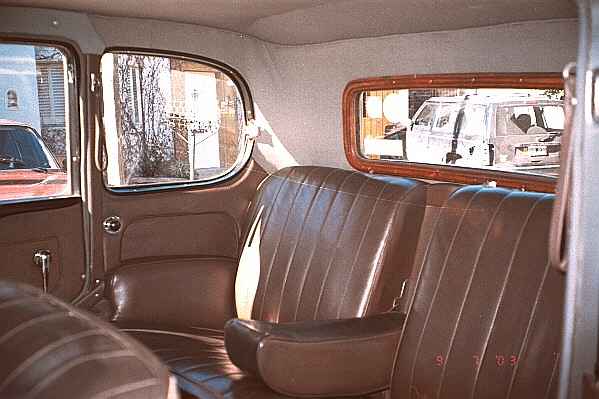