David was born in Birmingham, England on 31 January 1946 and at the tender age of 25 decided to emigrate to Australia arriving on 1 February 1971.

His interest in Rootes Group vehicles goes back a number of years to when he attended a sale of old cars at Colac in Victoria.  It was there that he met the late (and great HCC member) Vic Woolford.  Vic's granddaughter Tamara Ludlow and her husband Fraser are keen members of the club so we could say that blood is not thicker than Hillman people.  David and Vic formed a friendship and both joined the club at its second meeting in June 1988.

David says that he joined the club to obtain leads for information and parts for his 1935 Hillman Minx that he had purchased from a person at Tailem Bend.  He then set about restoring it.  The engine and back axle have been restored and much of the wooden body frame replaced.  The woodwork was done with the help of his friend Malcolm; they have known each other from their English schooldays.  There is still much to be done to this car e.g. interior and exterior bodywork.  The length of time to get the car on the road is unknown and David has not set a target date but he will get the job done.

He also has a 1948 25cwt Commer truck which in a way stopped the restoration of the Minx as David could see that he could get the trook (David's pronunciation) on the road sooner than he could the Minx.  David told me that I guided him to it but I cannot remember doing that.  He bought it from a person in Nairne two years before the 4th National Rally at Mt Gambier (1998).  He completely stripped it down to the chassis, had the engine rebored, overhauled the transmission repainted the body etc, etc, and had the restoration completed in 18 months.  A big effort.  He also drove the trook to Cowra NSW for the 5th rally and was rewarded with a trophy for the "Best Commercial Vehicle." 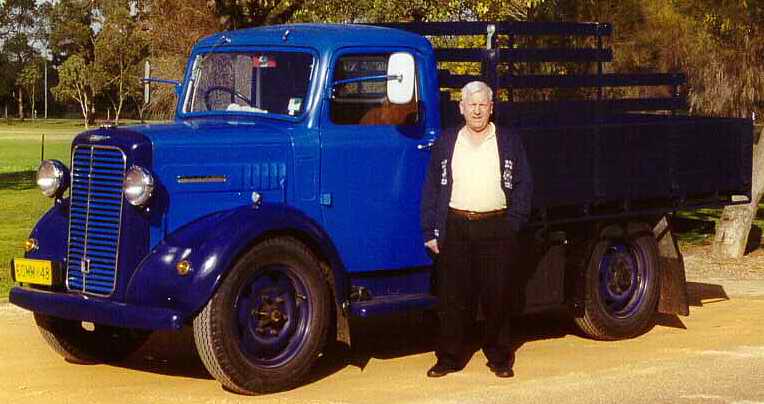 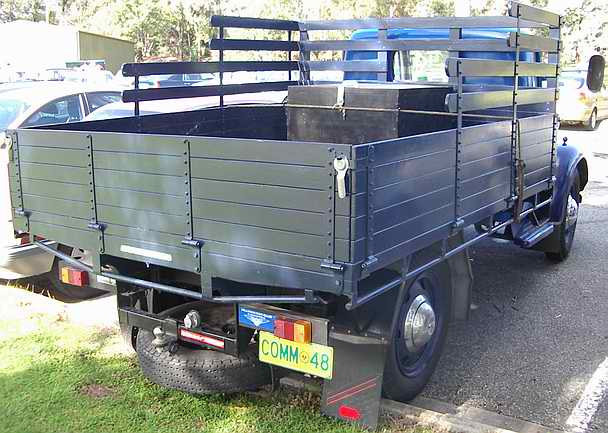 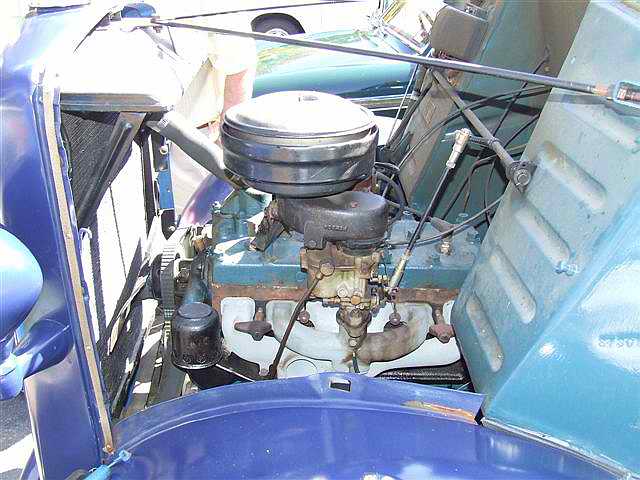 Speaking of big efforts, David made a big mistake on that fateful night in June 1988 when he joined the club.  He agreed to become the HCC spare parts officer.  This has resulted in him having to make a big effort ever since.  It is time consuming and space occupying.  He was awarded a Meritorious Service Award Certificate for his services at the club's 10th birthday celebrations.  A job well done and appreciated by all members.

David's other interests; well what do you know, they revolve around swap meets and older cars.