I first became interested in cars at the age of 9 years, only because they were a good means of transport.  My Grandfather had a huge Austin 12, I think it was about a 1924 model, and could take our family of 4 adults and 4 kids on picnics only to places near Adelaide, like Morialta Falls, the Botanic Gardens, and even out to Parafield, to see Bert Hinkler land his plane.

When I was 14 they got rid of this gate-geared monster, with side curtains and canvas roof, and bought a 1938 Hillman, a smaller, lower, all steel car.  Grandpa had all sorts of trouble learning how to drive this modern car.  He couldnt see where to put the gears, as this model had no gates to see where the stick was going.  It had no spark and throttle lever in the centre of the steering wheel, only 2 gauges and a Genny Light in the centre of the oval speedometer.

Even though it had a good battery and starter motor, Grandpa still liked to get out the crank handle and start the car to save the battery.  The car drove well and easy, but if we were going on an outing a distance past Adelaide, the chap from next door would drive us.  The Hillman was only used on weekends.  Being a Railway man, he would catch the train to work daily.  Later Grandpa passed on and left his beloved Hillman to my Aunt, who drove it for many years, and it still looked modern and did a good job.

After the war I started working for Waymouth Motor Company, distributing Chrysler, Dodge, De Soto and Standard Cars.  They also owned Flinders Motor Co. distributing Plymouth and the Rootes Group Hillman and Humber cars.  I spent many years driving these imported cars from the ships at Outer Harbour and Port Adelaide to our assembly plant at Beverly.  Here they were cleaned and checked, and as required we would drive them to the City for delivery.  I always got a thrill driving all these cars with less than 10 miles on the speedo.

Petrol rationing had finished and Mum and Dad decided to get rid of their old Morris Cowley, and their choice of all our range of vehicles was a 1948 Hillman Minx.  It was run in the first week, then we went on a trip to Melbourne, 5 of us, all the camping gear and food, a well laden car, and it still cornered beautifully.  We would go on many weekend trips, places like Stansbury (Yorke Peninsula), Mt. Gambier, Port Lincoln and the Flinders Ranges, which was a must for each Labour Day long weekend.  We did all mechanical repairs and services ourselves to cut down on costs.  Dad didnt drive much, as my 3 brothers and I loved driving this modern car. 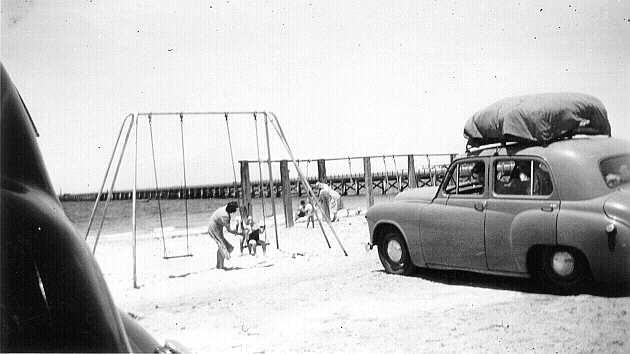 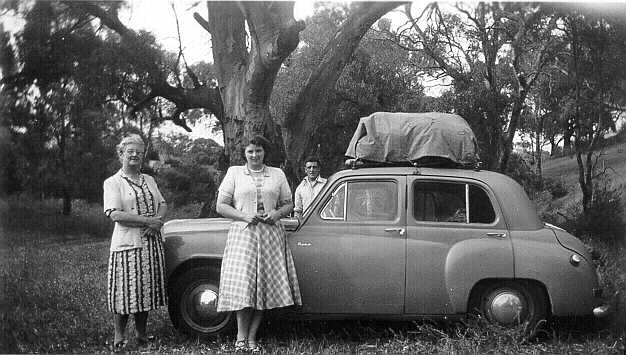 Mum decided we should drive to Sydney around the coast all the way, and return by the Murray Valley Highway.  It would be a rushed trip as annual holidays were only 2 weeks then.  The roads for more than half the distance were dirt, and at times very corrugated, even the Coorong was dirt from Meningie to Millicent.  We bought a Pack Rack and helper springs for the car and the 5 of us had a wonderful trip.  We only had time for 2 days in Sydney and had to come home on the Barrier Highway via Broken Hill, as wed run out of time.  The only mishap, the Pack Rack slid off the roof, after braking hard to miss rabbits.

We decided to use the Hillman for our wedding in 1954, so it had to be painted black for the occasion.  A new set of rings and a valve grind was completed only days before the big day.  My brother-in-law worked at Freeman Motors, and was able to borrow valve seat cutters and cylinder deglazing tools to make the work much easier, but it was still a big job lapping in the unmachined valves, and doing tappets on a small side valve motor. We went spotlight shooting for rabbits to Callington, for our self-catered wedding reception, also to run in the engine.  We hired a Furness Caravan for our honeymoon and decided to hide it out at Murray Bridge, so that friends wouldnt play tricks with it. 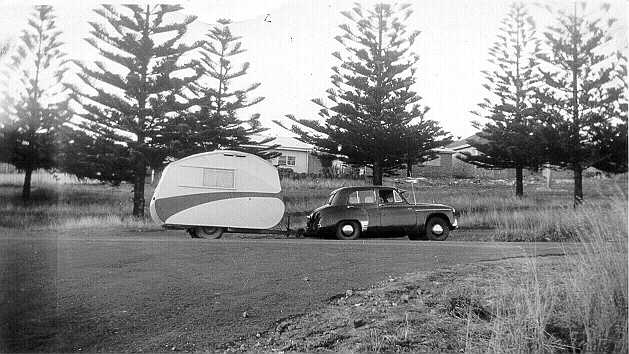 The Hillman towed it well throughout the hills, but we noticed a rather noisy tappet.  We had no time to fix it, so we decided if it got too bad wed do it on the trip.  The first day out on the Coorong the corrugations were so bad, and we couldnt make the speed towing the van to lessen the bumps.  We had this slow pace on all the dirt roads, and apart from main towns, it was dirt all the way along the Great Ocean Road to Geelong.  The tappet noise was still there so I decided to check it out in the car park by the beach wall.  Being a side valve motor it was a big job just to get at the tappets.  Many bits and pieces were lined up on the sea wall.  It was handy having the caravan, as we were able to have lunch, plus several cups of tea, while I worked.  After removing the side plate, I found the cause of the noise  I had left the small steel plate used for locking the valve stem, while adjusting the tappets in the motor, between 7 and 8 valves.  I removed it and reassembled, all ok again, no more noise and we were soon on our way to Melbourne.  We returned via Mildura and Renmark. 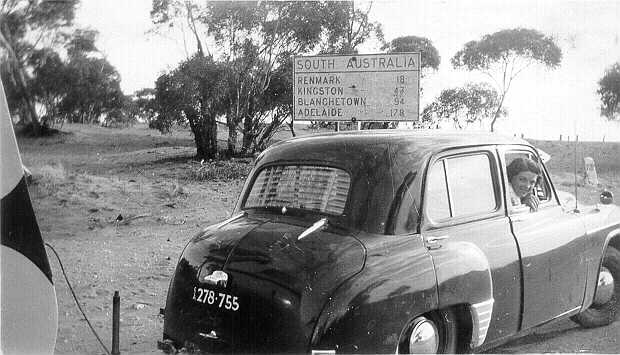 On our last day, after breakfast, we noticed smoke coming out of one of the cupboards, on opening it, it burst into flames which luckily we extinguished quickly.  The cause was a steel wool pad, which had touched a live wire and got red hot.  No real damage but we had to scrub the smoke marks.  Other than those experiences, it was another great trip.

The next year (1955) the family decided to go to Sydney again, via the Victorian snowfields.  It was winter, so we all enjoyed the novelty of snow for the first time. 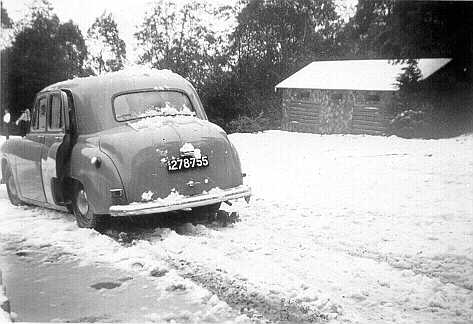 As we all love Sydney, we did yet another trip there in the Trusty Minx.  My brother had bought a secondhand Hillman Station Wagon, a fully imported model, with plenty of room, so it was back to camping again.  He had a wire recorder on board, and after tea he would replay it so we could hear their comical comments of the trip.  No major problems on this, yet another Hillman Holiday.  With the seats at the back folded down, he used this Hillman Wagon for his electrical business.

Waymouth Motors eventually closed down, and we were out of work, but we had a payout that gave us an overseas trip  this was in 1963.  We went by ship via the Panama Canal and back through the Suez.  While in Scotland we hired a Hillman Imp; wed never seen one before.  It proved to be the best Hillman Id driven, quite roomy, easy to park, and very economical to run.  Wed fill up and drive on it for 2 days, and still have some left for the next day.

I have photos of the Hillman Minx, but none of the other two unfortunately, only memories.  Petrol rationing curtailed us in those days too, but we made up for it in the Minx.  My pet hates have all been fixed now  they were side valve motors, magneto ignition, carbide lights, crank handles, Morris starter generator, and in the '38 Hillman, the turning arm from the centre door pillar, no chassis, hard to fit towbars, in the early days vacuum petrol pump and wind screen wipers.  Thankfully they have the technology to improve on these things, only now they have computerised cars, and I still cant fix them.

We have great memories of our many enjoyable trips thanks to the Hillman Cars.