This vehicle was purchased by the Browns in 1993 from a Mr. Millington Earlswood James Smith, who had bought it on 30th May 1959 for £600 from a Mr. Robert Brown, who had purchased the vehicle new in 1955.  Mr. Brown sold the vehicle in 1959 because he had bought a caravan, and needed a vehicle with more power to pull the van.  The Minx is still in its original condition, and has not been restored.  It has a cream exterior; the interior consists of red upholstery, with red carpet on the floors.

Robert & Rosslyn Brown owned an automotive mechanical repair business in Trinity Gardens, which is where Mr. Smith also lived.  Mr. Smith was a master plumber by trade, and always carried out his own car repairs unless he considered they were outside his area of expertise (e.g. brakes or clutch), in which case he brought his car to our business for repair.  It was on one of these occasions that Robert mentioned to him that if he were ever interested in selling the car, to "let him know," because he would be very interested in purchasing it.  The conversation was forgotten until some years later, when Mr. Smith arrived at our workshop, supported by two walking sticks and wearing "Coke bottle" lenses in his spectacles, with his daughter on his arm.  He said, "They have taken my driving licence away from me, and I want you to buy my car, because I know you will look after it."  At this time, Mr. Smith was in his late eighties.  Robert, of course, was only too delighted to say "yes," and a price was agreed upon, subject to Mr. Smith insisting that Robert inspect the vehicle prior to purchase!  Thus we became the proud owners of a 1955 Hillman Minx.

In 1994, Rosslyn & Robert Brown sold their business of 16 years, and moved to Alice Springs for a 5 year period.  To register the car in the Northern Territory meant losing the original plates, so we decided to offer it as a display vehicle "on loan" to the "Transport Hall of Fame" in Alice Springs until we returned south.

We brought the car back to Adelaide in 2002, and joined the Hillman Car Club in 2003.  Since then we have been on several club outings, joined the Bay to Birdwood Classic where the Minx performed beautifully, and generally we are having lots of fun and enjoyment with her and the club members.  The current odometer reading is 46,000 miles, which she turned over during the Barossa Fun Run at the 7th Hillman National Rally (Easter 2004).  We are now planning to take her to Tasmania in 2006 for the next Hillman National Rally. 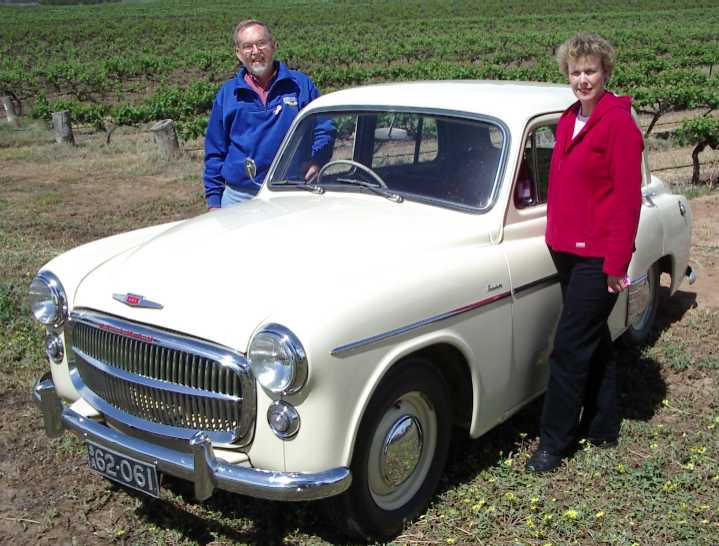 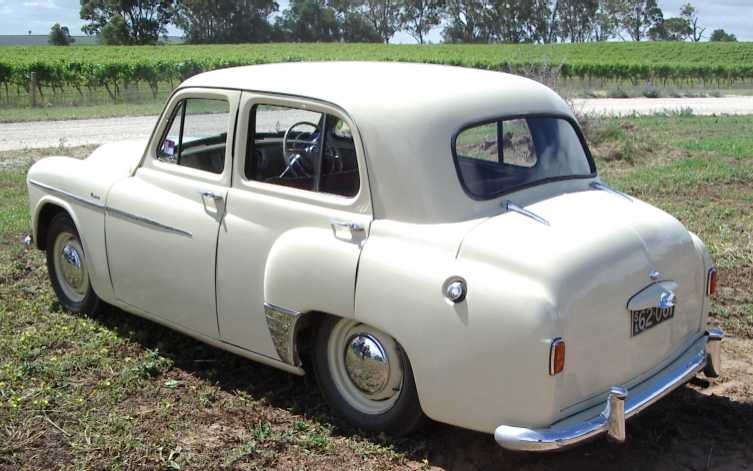